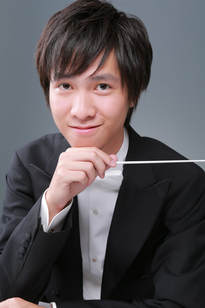 ​​Ka Hou Fan, born and grew up in Macau.

In April 2022, he was appointed Assistant Conductor at the Opéra Orchestre National Montpellier, where he will work alongside chief conductor Michael Schønwandt.

Fan started piano studies at the age of four and later changed to flute in the the Macau Conservatory with Mr. Liu Cheng. After winning the first prize in the Macau Youth Music Competition for flute in 2006, he was invited to perform as a soloist with the Macau Orchestra.


He continued studying orchestral conducting at the University of Music and Performing Arts Vienna, Hochschule für Musik Franz Liszt Weimar and Ecole Normale de Musique de Paris. In 2019 he joined the Nationale Master Orkestdirectie, a joint program by the Conservatorium van Amsterdam and the Royal Conservatoire of The Hague, in which he assisted various conductors and conducted different professional orchestras in the Netherlands and all over the world.